Here's an article that I read, everyone needs to read this it is so true!

And without faith it is impossible to please Him, for he who comes to God must believe that He is and that He is a rewarder of those who seek Him -Hebrews 11:6
If you're in a difficult trial today my friend, if you're confronted by an enemy or if you're being seduced by your mind, by your desires, there's a key question you need to ask before you head down a path to look for answers other than down the straight and narrow path of God's Word.

The question you need to ask is: Does God change? It may seem simple, but this question is so important to our future-our peace of mind! And it can only be answered by our source for truth about God-the Bible. There's a second question, though, a deeply personal one-one you can only ask yourself: Do I believe it?

If it's true that God doesn't change and if you believe it with your whole heart, then, Beloved, you'll find yourself ready and able to handle every enemy that confronts you, every temptation that seeks to seduce you. You'll be prepared to go through trials and resist temptation as more than a conqueror. You won't need to panic. You'll be able to stand firm.

As I teach through the Old Testament, I am awed at what we can learn about God's character and how He deals with us if we only study this portion of Scripture. God gave us these precious books to teach us not only about Him but also about ourselves. Whether common people or kings, God expected men and women to live by His precepts because they are precepts for life and understanding (Psalms 119:97).

As I studied Ahaz, I thought, why does this man think he can live this way and get away with it? Why didn't he stop for a moment and ask himself, "Does God change?"

Read 2 Chronicles 28, which begins the story of Ahaz. He was just twenty years old when he became king. (Imagine such responsibilities at such an age!). Right off the bat, God tells us he reigned only sixteen years in Jerusalem and did not do right in the sight of the Lord as his father David had done. He was in the line of David, inheritor of the promise God gave to David in 2 Samuel 7-that one of his descendents would rule on his throne forever! But instead of walking in God's ways, he chose to walk "in the ways of the kings of Israel" (v. 2).

It boggles your mind when you look at the kings of Israel. They were under God's judgment from the get-go! Ahaz walked just like the very first one, Jeroboam, who led his people into idolatry right after the monarchy divided in 931 B.C. and incurred the judgment of God! Jeroboam made two golden calves, told the people "these are your gods!" and they bought it!

Like his predecessor Jeroboam and the kings who followed, Ahaz was an idolater. He burned incense and even burned his sons in fire, offering them to an Ammonite god-one of the abominations the Lord had told His people to drive out of the land of Canaan when they came in to take possession. He didn't believe God; he disobeyed and thought he could get away with it!!! The text says he sacrificed and burned incense on the high places, on the hills, and under every green tree.

Had God changed??? Could Ahaz get away with this? Had the kings of Israel ever gotten away with sin? Does God sometimes tolerate sin-let it go unnoticed, unaccounted for, unjudged?

No!!! God does not change-He never tolerates sin. If only Ahaz had stopped to ask and answer that question he would have been spared much grief. So would so many of us!

All this happened because the king never stopped to ask: Does God change? Ahaz not only sinned, he took his people down with him: "For the Lord humbled Judah because of Ahaz king of Israel, for he had brought about a lack of restraint in Judah and was very unfaithful to the Lord" (v. 19). Ahaz's disobedience reproduced itself in the people of Judah and consequently God humiliated the entire kingdom through this terrible defeat.

This wild spread of sin from the top down reminds us of one recent president's promotion of certain behaviors as "not sex." What was once at least hidden was popularized by the President of the United States-the highest position in the land! Since then it has become so much of a problem (even in middle schools) that kids routinely do it without any sense of shame or guilt. To them, this is no more engaging in sex than holding hands or kissing.

Ahaz didn't have to continue down this self-defeating path, but he did. He had the Torah-the book of the Law. And there were enough prophets in his day too, but in his time of distress, when things were going hard, when he was confronted by enemies, what did he do? "King Ahaz became yet more unfaithful to the Lord."

Why? Why did he think he could get away with this? Did Ahaz think God had changed? He must have! He must have forgotten that God never tolerates sin!

And what about you, Beloved? When you're tempted, isn't it important to stop and ask yourself if God changes, if he relaxes his standards for obedience? If you think you can have an affair, lie, cheat, steal, watch pornography on the Internet, I want to ask you a question: Do you think God has changed? Do you think he will "put up" with it?

His attitude toward sin is fundamental; it never changes. And His holiness commands judgment upon sin. If you don't believe this, take another look at the passion of the Christ on the cross of Calvary where in the holiness and justice of God Jesus became sin for us!

Beloved, do you know God? Do you know enough about God to fear Him in His holiness and adore Him as the perfect Father at the same time? I invite you to open His Word to us and read the passages I cited about His unchanging character.
I pray that this article was a help to you.. 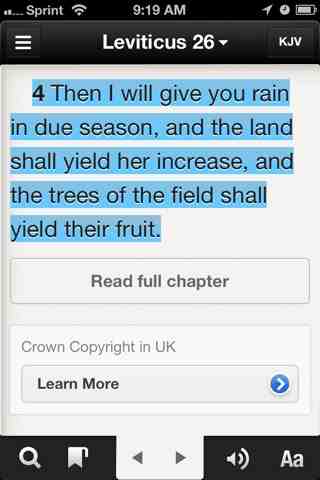 It's your season ! Bible verse 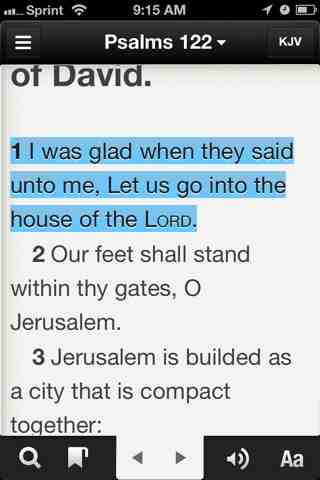 Bible Verse of the day!